When Scifi hubby calls me at work it usually means that something is wrong; the cat’s been sick, the dishwasher has flooded the kitchen, that kind of thing. So when he rang me at 3pm on Friday I was slightly surprised that he was excited to the extent he was almost hyperventilating.

I’m not sure what I expected him to be that excited about, winning the lottery or finding out his in-laws were coming to stay perhaps. It turned out that a new Simon Bisley piece of art had come up for sale and he was desperate to have it. Not exactly the ideal conversation to have in an open plan office.

We have some very good friends who run a great comic shop (Reed Comics) a small press comic and who are also friends with Simon Bisley. Biz had drawn a Poison Ivy piece for them a few months ago and we saw it when we last visited. It’s a lovely piece but they hadn’t put a price on it when we were there. Scifi hubby practically stalks their website so he saw it go live and called me instantly wanting to buy it. For once even he thought it might be a little too much money to spend without asking me.

In the end he persuaded me to let him call Reed Comics to see if they would hold it for us until we are next able to visit to pick it up. Thankfully they said yes – so he called me again as he bounced off the walls with excitement. He’s spent the last two days posting the piece everywhere online and telling everyone about it. He’s a bit like a puppy with a new toy.

I must admit it is a lovely piece. Although she’s naked (Simon doesn’t really draw women with clothes on) she’s not completely ridiculously proportioned and it’s a view from behind so not as much ‘detail’ as he often includes. There’s also a very sweet frog sitting on the log with her. 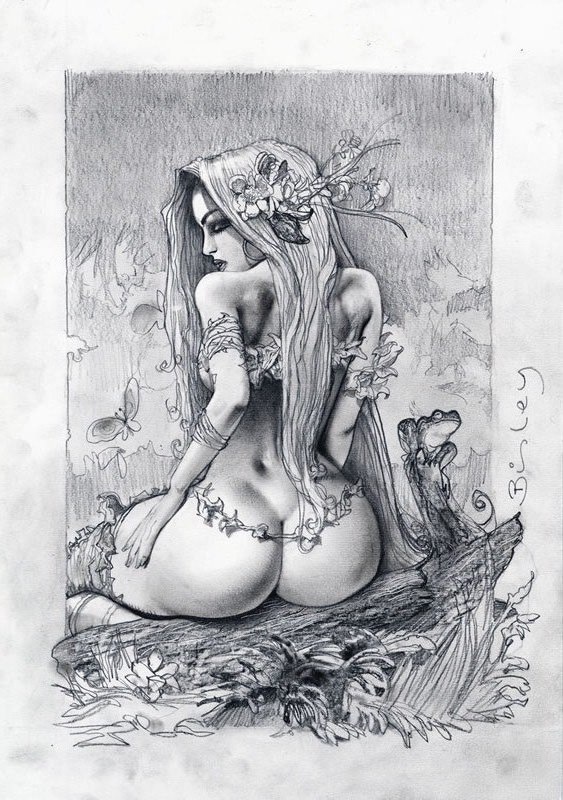 We’ve had a couple of quiet weeks in Scifi hubby land. There’s been no extreme book buying (at least by Scifi hubby standards), only one trip to the comic shop, no comic cons and relative peace and quiet. I knew it couldn’t last.

The peace was shattered today by the noise of diggers, JCBs and wagons – mini ones. He has discovered a whole world of model/mini trucks where really sad people gather together to move a pile of dirt from one end of a sports hall to the other end using mini diggers. He finally found something that makes the scifi collecting look like something that normal people do.

Cries of “even the indicators work” and “look they’re putting a fire out” have been coming from his end of the sofa. He’s spent a long time describing his ideal mini truck (a tractor unit with a Mercedes Benz wagon on the back). I’m not sure whether I’m meant to pretend I’m taking him seriously or just kill myself laughing. Apparently there are meet ups all over Europe and we really should go along to one…

Luckily he can’t find anywhere to buy them, or a list of events, so maybe I’m safe – for now.

If you want to see what all the fuss is about have a look here on YouTube http://www.youtube.com/watch?v=5S99pcVlaQw&feature=youtube_gdata_player 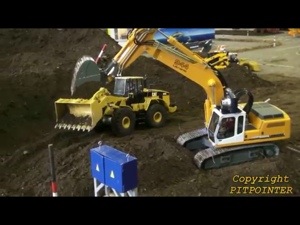